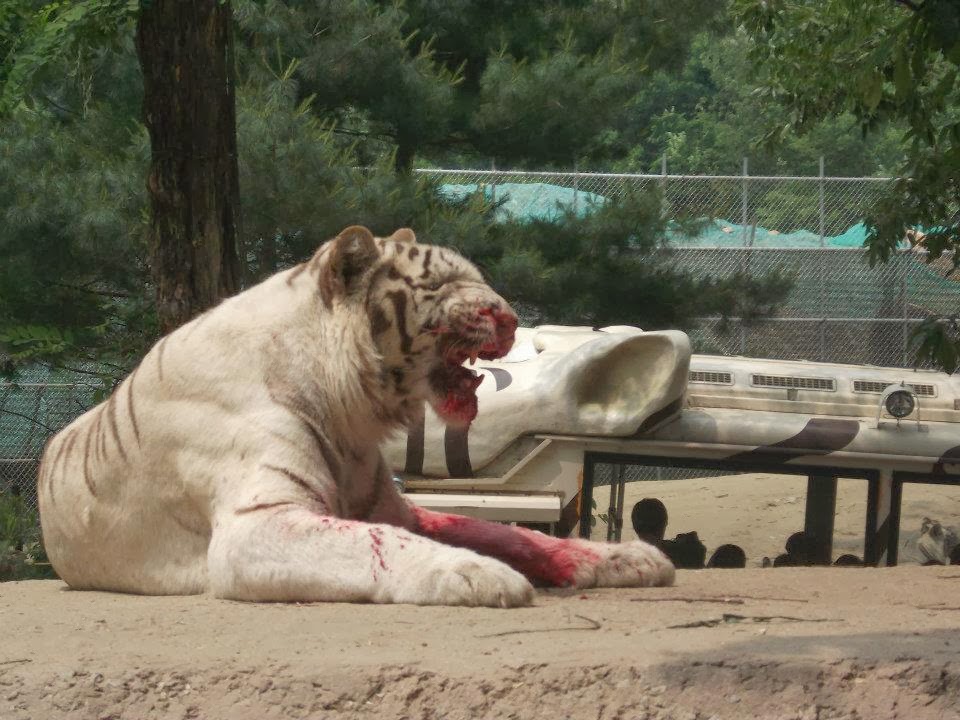 First let me start with what I am not defending, and that is the whole idea of tiger mothering.  Perhaps it breeds success, maybe it gives some children a leg-up in the world today, but this supposes that earning lots of money should be the number one goal of life.  I strongly disagree with this and like many who disagreed with Amy Chua's first book, "Battle Hymn of the Tiger Mother", I believe success and happiness in life is possible without ruining the relationship between parents and their children, without placing undue stress, strain and pressure on them, without spoiling all their fun, and without emotionally scarring them for the rest of their lives.

What I am defending is the principle behind her recent ideas.  According to the New York Post, she argues that some groups of people are more likely to be successful than others for a number of reasons.  In the New York Post's article they equate greater success with being 'better' full-stop.  Without reading the book, I cannot be sure of Amy Chua's intentions and whether she really thinks these cultures are actually 'better' or not or simply more primed for success in a world of global capitalism.

If all she is saying is that the following cultures/religious groups/ethnic groups are more likely to produce successful people, I really don't understand what all the fuss is about:

I don't know anything about the vast majority of the groups listed here, but I can make a well-educated guess on why she puts the Chinese there based on her previous arguments and the similarities with Korean culture also.  Tiger mothering, for example, is something that I see present in Korea and the three key factors she explains as being secrets to the above group's success (a superiority complex, insecurity, and impulse control) are also often attributable to Koreans.

So with this in mind then, I can readily imagine how some cultures or cultural thinking may serve some people better in helping them build successful lives in the modern world.  In fact, it seems a no-brainer to me.  The argument laid-out as simply as possible is basically, "Some cultural behaviours and thinking work better than others in certain areas."  Who can really argue with this?

The argument presented by Amy Chua and friends is actually so banal and uninteresting that one wonders how it would cause any controversy at all.  But here again, the insinuation of racism comes to the fore.  This is summed-up by this statement (mainly aimed at her original book, but the accusation is that she is continuing the trend), which I believe should be apologised for:

"Her book really can be reduced to one simple argument: Chinese mothers are better than those of any other race"


How has race been brought up in this context?  As much as I disagree whole-heartedly with Amy Chua's style of parenting, she is not making the claim that her DNA is the reason why her children will be more successful in life (and is she arguing that Chinese mothers are 'better' or just better at making children successful?).  The whole point is clearly that it is her method of bringing-up her children - rooted in her country's culture - is what can make children more successful.  The colour of her skin has nothing to do with it.  These are the sort of errors in discourse that we should be at pains to point out, because the link to racism always serves as a tool to silence debate and to not confront arguments with reason and evidence.  It is a subtle and nasty little insinuation that must be confronted whenever it appears.

The inclusion in the list of what some would call ethnic groups is still not enough to justify accusations of racism because what is being put forward is that these group's culture - how they are behaving and thinking - is what is making the difference.

I think she may well be right that being brought-up in one of these eight cultures may give individuals a better chance of being successful in life and for the reasons she mentioned.  Of course it would need further investigation and evidence to sort it out, but she is making some logical inferences that are worth exploring, and this is what writing speculative books is all about, it drives us to further study, debate and to forward our knowledge.  So while I couldn't be more against Amy Chua's priorities in life, the principles behind her theories have some basis in reason and logic, are not racist, and for this reason are worth defending.