The Reasons I Left Korea

I'm back!!  It's been nearly 4 months without a single post, but I have been busy trying to settle into life in a new country, Australia, so give me a break.  To be honest, compared to living in Korea, it is just like living in England just a bit sunnier, more laid back, and with barbecues everywhere.

So why did I leave Korea?  I had a decent job that I liked, a very comfortable existence, was saving money and had lots of free time.  In recent months I have had times where I thought, "Jees, what am I doing?", especially as I have had to fork out quite a lot of my saved cash in tuition fees and work very hard here in Oz.  Here are my reasons:

I remember how keen I was to teach when I started my High school teaching job, I gave it everything and I was so creative in my lesson planning.  I enjoyed going to work, in fact I'd even turn up 45 minutes early everyday!  By the middle of my third year however, I was getting lazy and irritable, the challenge had gone and I was working off old lesson plans.  Everything, including the lessons themselves became less enjoyable. It was time to move on.  On top of this, could I ever be anything but an English teacher in South Korea?

A friend of mine commented on Facebook the other day something along the lines of, "another year in Korea and the friend count continues to fall."  This is very true.  If you stay for a year or two, you make loads of new friends and keep your old ones, if you stay for longer, the new friends leave and you're out of sight, out of mind to your friends at home.  For me, I am always looking for new experiences and England has grown stale also, so it is with great regret that I have distanced myself from friends back home.  In Australia, I can at least make friends through my sports and there is less of a cultural barrier as well.

3. I was Becoming too Immersed in the World of the Internet

This blog was partly to blame for this, but also the nature of my job and Korea as a whole.  Too many spare hours on the computer at work sent me into a world that isn't quite as it seems, where faux outrage, trolling and political correctness reign absurdly supreme and debates always end on a sour note due to implied aggressive tone and the lack of a human face (or even a real name) to hold each person back.

I was afraid, frankly, of becoming one sad bastard who spends hours arguing with morons and reading other people's worthless blogs (I can see the irony, really), looking for something to blog about.  Live in the world of the internet for too long and you forget what the real world is all about, and that it is much better to live in.

It isn't all negative; I grew a much thicker skin, discovered the very real problem of political correctness for myself, and most importantly created something.  That something might only be a shitty opinionated blog, but I think it is important to have an outlet, to produce something, which is a large part of why I'm writing this post now.  What it means is that posts on this blog will be far less frequent than in the past, but that this site is not dead!!!

4. Something New, but not so Stressful

What can I say, I get bored easily these days, both with jobs and the places I live.  I want to see the world before I die and experience many different countries and cultures.  However, I want to live in these new worlds and not simply pass through them.

Korea is a place I am sure I will return to - I have family here after all - but for now the spice has gone and too many things were rubbing me up the wrong way, a long break was needed. When I do return, it will be to study Korean first, as my lack of fluency in the language is probably my biggest regret in my time living there, even though I could get by OK, I just couldn't have very deep conversations.  When I can speak properly, I can argue with Koreans in their own language and that'll be really interesting!

Australia is somewhere different, but not too different.  It's a taste of home, but with kangaroos, Koalas, and possums!! 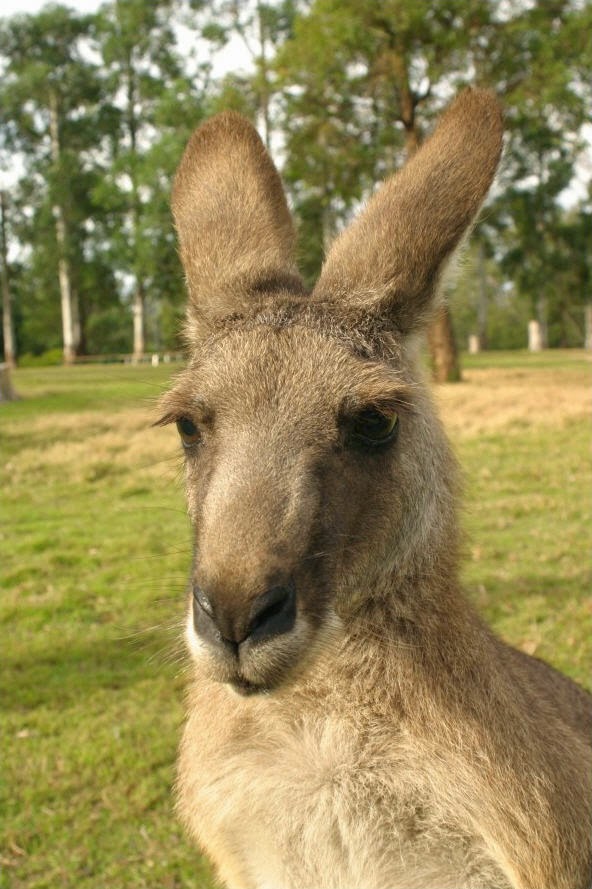 The above is one of my favourite Aussie sayings I hear a lot over here, so I thought I drop it in to describe how I felt in Korea in general.  Soooo comfortable my life had become.  I have never been happy being comfortable; when it lasts for too long it becomes a rut, a furrow in the path so deep that it becomes impossible to blaze a new trail and go to new, exciting places, both literally and metaphorically. Through discomfort, the challenge of something new, and associating myself with new people, I have learned and achieved a lot and gained great life satisfaction in the process.  Korea was certainly this way for a time, but all good things must come to an end.

There was always the feeling of constraint in Korean society, the feeling that I couldn't really do and say what I wanted.  I couldn't just be me and be accepted by Korea, I would never be accepted that way, I would have to conform.  To be fair I have felt this way in England as well, but the flavour of it in Korea was certainly sharper and more pronounced.  I even felt pressure to not voice my opinions on this blog, so I often held back (believe it or not).  I believe my blog was censored by Busan's Ministry of Education (according to a chap on Asiapundits).  I felt like I was one blog post away from getting in trouble. I say that, but just as I was leaving, I kept on getting requests to join radio debates in Seoul (had to keep refusing, but I did one on the phone about the Sewol disaster and safety), so someone must have been reading and thinking I had some valid points or at least a debatable opposing view.  Perhaps I was just being paranoid and that actually I was one step away from recognition as a truly insightful blogger on Korea (could be dreaming on that one).


Note: Stay tuned for some more perspectives on Korea, except now from the outside looking back in; I guess I am still on the inside in a way, as I have family, so the blog title can stay the same.