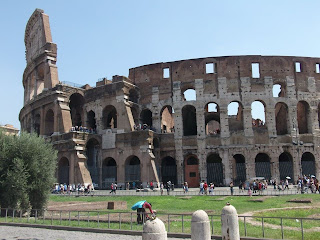 We always hear about a powerful West taking advantage of the rest of the world and the atrocities of past colonialism and present capitalism.  But what if people in other countries are now using our own cultural thinking against us and playing on the past for their own advantage?  This process can be consciously done or may even be an unconscious way of getting ahead.

A blog post by Sam Harris perked my interest the other day where he published a question and answer session with his twitter followers.  One answer to a particular question got me thinking about life in the Far East and the double-standard many people live by when it comes to dialogue and understanding between different cultures.

"I touch on this briefly in The Moral Landscape and Free Will. These views have different strengths and weaknesses. Depending on the context, one can be less in touch with reality than the other and conducive to greater harm. One of the virtues of liberalism is self-doubt and a willingness to consider the other person’s point of view. In the presence of antagonists who don’t have a point of view worth considering (e.g. psychopaths, religious maniacs), liberalism can be a recipe for masochism and moral cowardice. Conservatives tend not have this problem. But when conservatives are wrong, they often lack the corrective mechanisms of liberals. It’s hard to generalize, but it is worth noting that there is a structural asymmetry here: liberalism can be exploited in a way that conservatism cannot."

Although the Western world has its conservatives and the Eastern world has its liberals, I don't think it would be controversial to say that - generally speaking - the West has a much more liberal mindset than the East.  This is perhaps starting to create situations where exploitation of Westerners and Western countries is commonplace.  Much has been said about the problems faced by Muslim culture entering our societies and the way many of their principles are not challenged enough within Western countries.  This is an area that I will leave to others, however, as I have much more experience in the Far East and in Korea especially.

When in Rome do as the Romans do

Conservative Korea has its cultural practices and its principles and most of the people stick to them.  This is fine sometimes and I admire some aspects of conservatism for standing up for their opinions and fighting for them, however a considerable weakness of the Korean way of thinking is the inability to accept another argument.  Age and tradition trumps reason and this causes significant problems in accepting or understanding the ways of other cultures.  Another problem is that, just as Sam Harris says in his above reply to the questioner, liberal Westerners come to Korea and show a fairly unhealthy degree of masochism and moral cowardice and it isn't only psychopaths and religious maniacs we can give way to.

I have discovered on many occasions that Koreans know the above saying, 'When in Rome do as the Romans do', extremely well (although they tend to say 'when in Rome follow the Roman way'), and if I have ever expressed a hint of dissent about any aspect of my duties in Korea - at work or with my Korean family - this proverb comes out pretty regularly as a conversation ender.  The insinuation is that you are in Korea and you must follow the Korean way, and that there is nothing you can say.  The fact that they use the proverbial wisdom from Western culture seems to make this argument even more difficult to go up against. 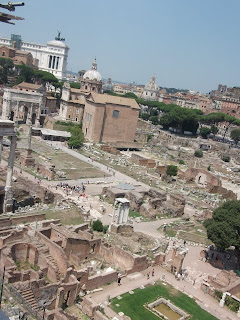 Perhaps the most annoying thing is that many don't really believe in it; my wife often complains about Koreans when they travel to other countries that they stay only within their own groups, eat only Korean food, and can be blissfully unaware of the customs of the culture that they are in (bear in mind that these are my Korean wife's complaints about some other Koreans, especially the older ones).  These are precisely the kind of people that might use this saying against people who come to their own country.

I am always one for famous quotes that impart the wisdom of the ages, but this is not one of my favourites.  For a start, there is a definite feel of a threat embedded in it.  'Do as the Romans do....or else!'  This has always the context I have felt when I have had this saying thrown at me and was surely an important factor in the developing of it in the first place, because if you didn't do as the Romans do, you'd be discovered, tortured, and thrown into the river Tiber.  To 'do as the Romans do' is either to be sensible in the face of a very real threat, to genuinely enjoy a new cultural experience, or to simply be a coward.

So what is the threat that Koreans have to back-up what they say about following their culture?  In my case, my parents in-law can threaten the relationship between my wife and I, but in most cases of foreigners living in Korea the threat is to lose your job and therefore your visa or to have a life that is made very difficult indeed.  And I have known some quite unreasonable and unscrupulous ways in which some Korean employers have achieved this with foreign employees they have disliked.

I think foreigners living in Korea (including myself) do show moral cowardice; our natural inclination is to give way and this isn't only due to being humble in a part of the world that we know little about but is also sometimes down to arrogance and a feeling of magnanimous superiority.  Plenty of foreigners come to Korea and do what their told whilst at the same time thinking that the the Korean people they are placating are simply not worth respecting on the inside and that they really know next to nothing compared to them (sometimes this is justified and sometimes not).  Maybe there are even issues of guilt to do with wealth and past history also.  One thing should be abundantly clear and that is conforming does not necessarily entail respecting.

Perhaps giving way, relinquishing our principles, and conforming are really the only way we can all get along but I think this is troubling.  What side is trying to do the understanding, what side is ready to adapt, accept, and conform?  Too often it is only one and I think this should not go unnoticed.

I am regularly astounded about how incredibly ignorant most Korean people are of Western core principles; they think they know them but it is amazing how they don't really understand it (the frequent observation that Westerners are selfish is an example of this) and if they can comprehend them they certainly don't make concessions for them.  Their knowledge of almost every other aspect of Western culture is surprisingly good (especially the bad parts, which they often embrace).  Westerners on the other hand tend to be far more able to understand arguments and principles from the perspective of another culture but are woefully ignorant of many other aspects.  This could well be the liberal/conservative mindset at work and the fact that Western popular culture is envied by the rest of the world at this time.

I think it is time we started to disrespect the old saying 'When in Rome do as the Romans do' and suggest something else.  How about; when in another culture try your best to understand, be polite, be humble, open to new ways of thinking and doing things, and be willing to learn.  However, do not relinquish all of your dignity, your principles, or your self-respect.  If refusing to give way on these issues brings you into direct conflict with others, then so be it.  If refusing to give way puts you in harms way - whether this be physical, mental, or whatever - you can pretend to be respectful, but not genuinely, and you should be suspicious of their motives and of this aspect of their culture.  Not quite as pithy and eloquent as the 'Romans' proverb but it is a vast improvement.