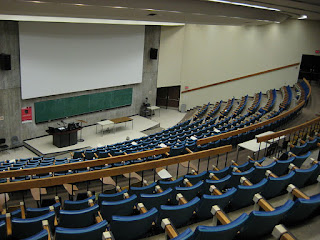 So, as promised, the plot thickens when it comes to my now ex-housemate.  First a bit of background.

After joining my wife in Melbourne, we decided we needed to be a bit closer to her university.  I arrived a few months before the start of her new course at the better university.

Most of the properties we viewed in the area close to the university were either tiny or dirty and old for the price we could afford, so with this in mind we decided to rent with someone else and get a rather nice place to live in.  The only interested party was a Chinese girl on the same English course prior to the start of the nursing course.  My wife knew little about her other than she seemed harmless enough.

Many of the courses that offered places to international students would have an English level requirement.  In most cases this was an IELTS 7.  This is quite hard to achieve, so most still offer places to international students if they complete an English course prior to the commencement of their main course, obviously at an extra cost.  Still, most institutions require at least a level 6 in all four disciplines.

They stipulate that a certain level (presumably the equivalent to IELTS 7) must be achieved in order to start the course, however, a problem occurs if the student's English level is still not good enough.  If the universities keep on failing students for their English, the likelihood is they won't pay the larger fees to start their actual course and once word of this gets out, less and less overseas students will come.  I therefore highly suspect that most universities will not fail students for their English more than once.  Why am I so cynical, you ask?  Well, for two reasons:

1) My housemate's English was awful, and when I say awful, I mean diabolical.  She rarely understood anything either I or my wife said to her.  On top of this, her basic speaking skills were terrible.  Stringing sentences together just didn't happen unless it was a commonly repeated phrase, like, "I got it", or "Okay sister", to my wife.  I remember once asking what she thought of my new car only for her to reply, "I am go meet friend".  She never ever, not once in about 9 months asked me to repeat what I said, she always guessed and was, at least 50% of the time, wrong.  She pronounced simple words like, "dollar" and "chili", wrong, saying "donar" and "chini", instead.  It was painful communicating with her.  My speaking and listening in Korean was better than her English, I understood more and I made less basic mistakes.  My Korean is not at all good, and certainly not good enough to do a degree in Korean.

I'd been an English teacher for a few years, so I think I can judge English level pretty decently.  This girl's English was no better than an average Middle school student in Korea at best.  I doubt whether her IELTS level got much past level 5, let alone approaching level 7.  How on earth was she accepted onto this course?

It turned out that my housemate failed her English course once and then was passed the second time.

2) As chance would have it, one of my personal training clients at work used to be an English tutor in one of these pre-degree course English schools.  I asked her why she left and she confirmed my suspicion that students could fail only once, that after one fail she was told to just pass them.  When it appeared that she had to lie in order to do her job, she quit (she could do this on principle as her spouse and family in general were very well-off).


Now there is no way her English was good enough to start a nursing degree, no way. What's wrong with this?  Where do I start?

While it seems the university was doing her a favour by letting her start her nursing course, it clearly was not.  How on earth would she ever pass the course (she still hasn't by the way, she is having to repeat a number of modules, at extra cost of course)?  If she did even somehow manage to pass the course, how could someone employ her?  If by some miracle someone did employ her, what would it mean for the patients she was helping treat?!

As well as all this, the personal cost to her family would be mounting and mounting.  She had already had to repeat her English course and then a number of modules on her nursing course.  This already must be up into the tens of thousands of donars, sorry, I mean dollars.

So where was my housemate getting all this money from; for her students fees, failed modules, and living costs while in Australia?  She had a rich family?  She worked tirelessly at a part-time job, right?  Wrong.  She never worked, and all the money her family poured into their daughter were in loans, this is all straight from the horses mouth, as we asked her.  She had already been in Australia for 2 years when I met her, and this was over a year ago.  By my calculations, the money spent by her family must be a six-figure sum.  Frightening.  The pressure on her and her family for her to pass must be immense.

All of this gave me an interesting first-hand insight into what must be going on when it comes to the economy in China.  It seemed like a microcosm of the the wider economic problem there, anecdotal, but telling evidence that money and wealth in the country appears mainly a sham.  Assuming that it isn't though, and that debts have to be re-paid, my housemate's family were being driven into bankruptcy.

The old saying, "sometimes you need to be cruel to be kind", seems to apply here.  In all honesty, she never should have been offered a place on any course in the English language (other than an English course) and the reality of the initial disappointment would have saved her and her family in the long-run.

This was a girl of mediocre talents from a small city Chinese background, not ready at all for life outside of China, and it showed in everything she did.  It is impossible that the university couldn't see that this was the case.

I can't figure out how she even survived or passed any modules on her course at all.  Although there were rumours of vast resources for cheating in the Chinese student community.

I bemoaned the online element of the course in the previous post, and it is relevant here also.  Many tests could be cheated on because of this.  Students can all sit in a group and use each other to find answers, perhaps this is how she managed it.

Believe me, I felt very sorry for this girl.  She spent 99% of her time in her room, especially when she was on vacation from university.  She never went anywhere, other than to get food from the shops.  She had no one, and no knowledge whatsoever of the country she was in.  We tried to be friendly, but she often purposely avoided contact with either my wife or me.  To say she was anti-social was an understatement.  How would she ever improve her communication in English?

Here are a couple of examples to show how disconnected and incompetent she was:

- After living in Australia for nearly 3 years, she had no idea what cricket was.  This became clear after my cricket birthday cake was shared with her and we discussed it (with difficulty).

- She did not know how to pay at restaurants.  Most embarrassingly for my wife, our housemate just shoved money into the hand of a waitress after lunch with her one time.

- Worryingly for her potential future profession, she was incredibly negligent and unaware of some very basic things, including some which were potentially dangerous. She would often forget she was cooking, leaving food on the stove for hours; she would wash one piece of clothing in the washing machine until one day I caught her and told her off for it; she put plastic in the microwave twice; her personal hygiene was awful.

- She would only turn the heating and air-conditioning on when we were not there. We only found out because clearly she had forgotten that she had turned it on sometimes and the house was either like a sauna or a refrigerator when we got home.

- She would put the air conditioning on while having the windows wide open.  She would also leave windows wide open in the winter and run the heating, or at least let all the cold air in.  This infuriated me no end because of the extra cost in bills and the inconvenience of always coming home to a house too hot or too cold, solely caused by a weird desire of one person to leave the windows open all the time, regardless of the weather.


To be quite honest, I don't know how we put up with her.  I suppose the fact that she was in her room the whole time helped.  All in all, I am thankful she didn't burn the house down or something, it was a relief to see her go.

The picture I'm painting is of a person you would least like to be a nurse.  Frankly, she was ignorant, unable to speak the language, negligent, dishonest, and unable to perform or remember to do the most basic of tasks.  The fact she was on a degree course in Australia was truly unfathomable.

There is so much more to tell on this subject, but I worry I'd be going on too much.

I wrote this whole post with nothing more than a suspicion that something fishy was going on, based on my own experiences.  However, after I wrote part one, one of my readers sent a link to a very interesting investigation on the topic, and it appears my fears are very well-founded, indeed, they are exactly as I suspected and the story I tell here fits in nicely with the following documentary:


There are a number of victims in all of this, international students and their families and society as a whole are put in real strife and possible danger because of this.  Thinking of specifically nursing, how happy would you be to have incompetent people looking after your health?  But a whole host of people could be graduating from university, in a variety of different professions, that are simply not capable doing what the universities said they can do.

On a personal note, it is gnarling for my wife.  She has already received a frosty reception on her first few days of hospital placements.  This eventually evaporates as it becomes clear that she can understand English and is capable, but a prejudice and suspicion is occurring of international student nurses, and in a way, the staff at the hospitals can't be blamed for that.  This is why many international students who graduate end up doing their nursing in old people's homes, and who could be more vulnerable than the elderly?  What a scandal, what a mess, what is going on, and is it going on in other Western countries too?  I suspect so.
Posted by Smudger at 12:50 PM