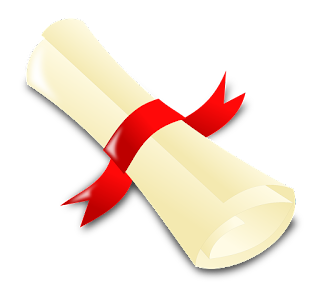 My wife has now finished her nursing course in Australia.  This was a huge achievement; I can't imagine how hard it must be to complete a degree in another language, so she deserves a lot of credit.

The whole experience of my wife being an international student in Australia did give me an interesting perspective into what's going on with the universities here.  It is not an understatement when I say I found what they were up to a smidge immoral.

This actually has less to do with my wife's time at university and more to do with our ex-housemate's.  Before I get on to our dear little lodger, however, I shall first explain what my wife and I have had to deal with, and in part two, I will write about the far worse scenario that went on with our housemate.

Firstly, I am not going to complain about the fees - exorbitant though they are - more what you are getting for the fees and the level of dishonesty surrounding what the universities are doing.  I also will not name the learning institutions involved, just in case, and because I think it is largely irrelevant anyway, as I have learned that this behaviour is fairly endemic across the board.

To begin with, my wife enrolled in a course at a well-known TAFE in Melbourne.  These are smaller college-like campuses, still offering degrees for many subjects.  They often have the advantage of having less students per member of staff, and therefore provide greater support and usually for less money also.  My wife's course was to be 2 years full-time, with one year part-time because of partial credit for what she had already done in Korea.

However, as soon as time came to start her course, things changed.  Instead of doing one or two modules per semester in year one - as offered before she left Korea - all of a sudden she had to take extra modules because they were not satisfied with her previous knowledge.  Unsurprisingly, this would come at extra cost, about $8000.

Having carefully planned our outgoings before we embarked on this venture, this was unacceptable, not just for the extra charge, but for the amount of time it took away from my wife's ability to work in that first year in order to help out with finances (for much of the first year she was on her own in Australia, as I stayed in Korea to finish my teaching contract and save money).

To put it mildly, I was not a happy bunny.  What made things even worse was that speaking to somebody about this was extremely difficult.  My wife tried, but I had the feeling they were purposely confusing her and fobbing her off with weak excuses and promises.  I wanted to speak with them, but a familiar problem I experienced in England, as well as Australia, occurred, the complete lack of someone to speak to when you really need to. It took a lot of skype calls from South Korea and an incredible amount of quite strident complaining to find someone that could speak to me about it.  After making them all feel very uncomfortable indeed, they delayed charging us extra and putting my wife on extra modules until the following semester, before which my wife and I decided to pull out of the course and join another university.

Luckily, this university had some prestige in the area of nursing and offered just a one-year course, giving my wife credit for the time she worked as a nurse in Korea and the learning she had already done at the TAFE.  Curious, I thought, that a better university thought her experience warranted just doing the last year of a nursing degree (which she then passed fairly comfortably), while the lesser institution demanded two and a bit years, and then more when we arrived.

I think the reason for this is that once an international student arrives in Australia, most of them have no choice but to give way to the universities demands for extra tuition at extra cost.  Even before they arrive they can also call for more study than is necessary, again in order to swell their pockets.  Once we were in Australia, knew the system and knew others that had been through it, we could find a better offer.  How many international students have this knowledge or indeed have a miserly, moaning, old fart of a husband to truly hold the universities accountable for this sneaky trickery?

For most students, they had been sent to Australia with their family's money in order to make a career for themselves, mainly from China and India, but basically all parts of Asia.  What are you going to do if your son or daughter phones home and says they need more money than expected as they need to take extra modules?  Pull them out and send them back home, having already heavily invested in paying at least the first semester upfront and moving them half-way across the world, or pay up?  My suspicion is that the universities know full-well that the vast majority will simply pay up, especially as many international students and their families lack the English ability to put up much of a fight when it comes to putting their case across and complaining.

Most of the universities my wife had her choice of, once we left the TAFE in question, also were not advertised or made known to us in Korea.  Now that we are here, it seems different universities advertise in different parts of different countries, China, of course, being the most popular.

Unfortunately, the story doesn't end there.  My experience of university some 15 years or so ago seemed a lot different to what I saw with my wife.  I'm not talking about the social life or anything like that, but the way learning was structured.

Universities these days appear to take full advantage of the internet, making the online element of their courses gain larger and larger significance.  Far from aiding learning, I believe this has given universities the ability to save an extraordinary amount of money by being less hands on with students and this helps them by requiring less staff.

I used to regularly meet with my personal tutor at my university, at specified times, usually 3 or 4 times a month with 4 other students.  Other lecturers and tutors were also quite available to deal with any difficulties I might have had.  But this was before the sophistication of the internet was really adequate enough to run a course mainly from online, it really had to be done on a more person to person basis.  At my wife's university, the ratio is hundreds and hundreds to 1 of students to tutors.  Problems are dealt with online, and from what I saw, there were plenty of them as well, as regular maintenance problems with much of the material online.

With international students in particular, you could also make a case for them needing greater support, but it seemed less to me.  Did they really pay all this money for almost zero support except for a few vaguely answered questions on the university's online portal?

To top it all off, after receiving an awfully large sum of money from us, the graduation ceremony was to take place 100Km away in another campus at a charge of approximately $400 (more if you don't decide straight-away to attend).  This is annoying for us, but extremely disappointing for any international students wishing to attend, what for many is supposed to be one of the proudest days of their lives, as the graduation takes place 5 months after the finish of the their course.  Almost certainly, all those planning not to stay in Australia would have had their student visas run out by this time.  They either couldn't attend or would have to go home and then come back.

So, to sum things up, it looked to me that universities were out to squeeze all they could out of international students, and they'd do it with a mixture of bending the truth, shoddy service, and in my opinion some big fat lies to boot.  To put the icing on the cake, they also decide not to give a second thought or any effort to alleviating any of the many inconveniences and special issues international students might have compared to ordinary Australians at university.

If it wasn't for the qualification at the end of it all, it can only be described as one sneaky little con job, designed to extort vast sums of money from countries like China, India, and Korea, just some of the countries now where people have increasing sources of capital.  All in all it was a disgraceful case of the bottom line coming before human beings.  I wonder how many families in Asia universities have bankrupt, or put in severe debt, because of the innocent dreams of a better life for their sons and daughters and security for the family as a whole.

Now if this all sounds like I am making a mountain out of a mole hill or I am rather too suspicious of the motives of Australian universities, the story of my housemate in part 2 might sway you into my highly cynical position on them.  I can't say this girl was my favourite person in the world, but I did feel mightily sorry for her.